To have the optimal experience while using this site, you will need to update your browser. You may want to try one of the following alternatives:

Understanding the Severity of Hurricanes and Tropical Storms Affecting Cleveland 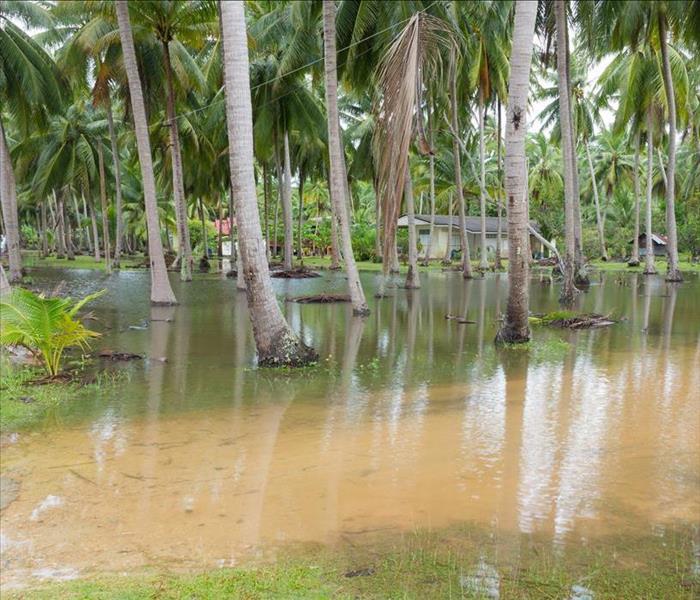 Storm Surges and Winds Cause Large Amounts of Damage

Of all the costliest natural disasters in the U.S., hurricanes have caused eight out of ten of them. It only takes one storm, however, to cause flooding. The risk is not limited to just a storm surge on the coast. Flash floods and heavy rains can affect communities sitting hundreds of miles inland. Only a few inches of water are needed to cause tens of thousands of dollars in damage.

Hurricanes and tropical storms can cause a big problem with high winds, soaking rain, storm surge and flood damage to your Cleveland property. Usually, Atlantic hurricanes happen from June to November. Besides causing extensive damage to coastal areas, the storms many times bring heavy rain inland hundreds of miles. They, in turn, pose a threat to millions of people not living near a shoreline. SERVPRO is a professional flood remediation company who can come to the rescue when your home suffers from flood damage. We have Commercial Loss and Storm units that can muster and quickly arrive to help during any  emergencies

Heavy Rains
Hurricanes and tropical storms can dump cumbersome and sustained rainfall which can overwhelm drainage systems which result in flooding. In 2011, Tropical Storm Lee created up to fifteen inches of rain in some areas and made severe flooding along the Atlantic and Gulf. The storm created more than $450 million in paid flood losses. It averaged about $46,000 per loss.

Storm Surge
The water which is pushed toward the shore by high storm winds is the storm surge. These waves, driven by the wind, can cause severe flooding in areas along the coast. Storm surges can be very destructive and dangerous when combined with high tides. When flooding from storm surge has damaged your home, the most important step a SERVPRO technician can take in restoring your home is creating the right airflow. Effectively drying your home requires knowing the correct techniques for using airflow. We are aware of placing air movers at a 45-degree angle so the air can bounce off the wall and carry moisture away to be replaced by drier air. Air movers are put in a clockwise pattern with the inlet towards the wall and the snout against the wall. Close monitoring of the equipment is done, and if needed the air movers are moved to the right or left in a circular pattern to dry the structure evenly.

Inland Flooding
It is not just coastal communities who need to be ready for flooding from hurricanes. These storms are powerful systems which can travel far from the first area where they strike. After they are inland, they can keep bringing heavy winds and powerful winds.

When flood damage has put a hold on your daily life, get in touch with SERVPRO of N. Ft. Myers/Punta Gorda. Don't hesitate to call us at (941) 575-5910 whenever you are in need.