To have the optimal experience while using this site, you will need to update your browser. You may want to try one of the following alternatives:

Different Processes are Required for Different Aspects of Fire Damage 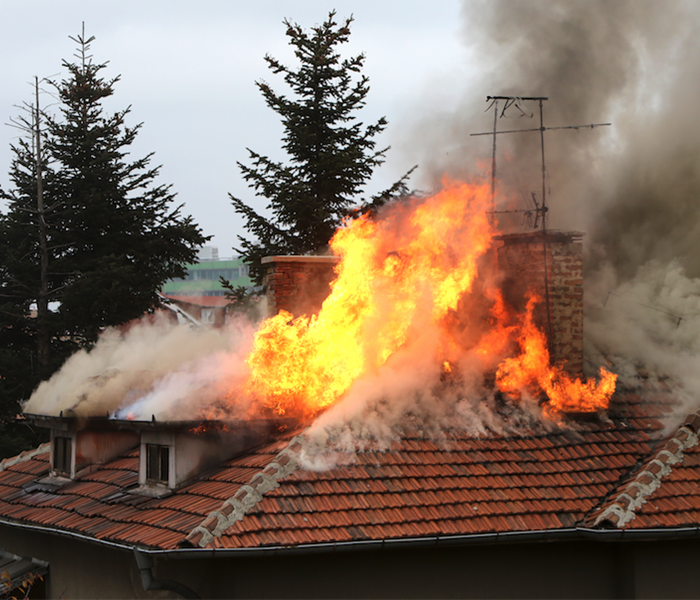 Regardless of the size of the fire, call SERVPRO quickly to assess and remediate!

At SERVPRO, we've become experts at undoing the damage caused by many disasters. Fire damage is one of our fortes, and we understand that it isn't just charred and burned structural damage that occurs when a house fire happens. One aspect of a house fire can seem to linger, even after all visible damage is removed, repaired, and restored. That aspect is odor, and because odor is so deeply rooted and entwined with our memories and experiences, it is important to make sure that all unpleasant odors are removed from a home.

Whenever a home in Fort Meyers suffers fire damage, the odor of smoke and burning materials is often a problem that can resurface, even after all other types of restorative work are completed. One of the reasons that odors can return after initial efforts are completed is because of increased humidity, in combination with increases in temperature, makes odor-causing molecules more active.

There are many different ways that SERVPRO technicians combat odors left over from a house fire. One way is to inject small amounts of deodorizer into carpets. This masks the odors that remain in the pad, as well as the carpet itself.

Other ways SERVPRO uses to reduce odors include the use of an ozone machine. This produces ozone, an unstable gas found naturally in the environment, but largely in the stratosphere. Ozone molecules consist of three oxygen atoms. Humans and animals breathe oxygen in a more stable form, which only has two oxygen atoms in each molecule. Because ozone is unstable, it breaks apart easily. As it does this, the free oxygen atom combines with odor-causing particles, causing them to become less problematic. Ozone should not be breathed in, so if this method is used, you and your family, and also any pets, should leave your home. Living plants, and any rubber items should also be removed to the outdoors. Our technicians will know when the machine will be turned off. As soon as this is completed, it is safe to return. Ozone leaves behind no residue or lingering gas that can harm you or your family.

If odors from a house fire have made your home less than appealing, call us, SERVPRO of N. Ft. Myers / Punta Gorda, at (941) 575-5910. We are available 24/7, and we have these and other methods ready to help you make your home a better place to call home.